Mr. Massey brings more than 30 years of successful design experience throughout the United States, including providing design and construction management services to the public and private sectors. He has served as Design Principal and Project Manager for many substantial and significant public sector developments, including multiple buildings for the National Institutes of Health, GSA, and the US Army Corps of Engineers.  He has designed Federal and State courthouses, along with laboratory and research facilities for the University of Maryland, Georgetown University, and Johns Hopkins University.

Tom also has deep roots in private sector real estate development in the area. Trained by some of the best, he serves as Principal-in-Charge and Executive Architect for many developers and owners, providing preliminary planning and conceptual design services to validate and express the Client’s vision, while building and leading a team that delivers a project that meets the Client’s goals and objectives. Successful examples of this approach can be seen in multiple office, hotel and mixed-use multi-family developments throughout the DC area.

A native Texan, Tom was top of his class at the University of Texas at Austin. He married and moved to Chicago, working at Skidmore, Owings and Merrill (SOM) for Bruce Graham, FAIA, world famous for the design of the Sears Tower and John Hancock Center. Tom transferred to SOM’s Washington, DC office, and worked with David Childs, FAIA, the designer of Freedom Tower in New York City, as the office grew to become one of the leading firms in the nation.

Tom spent the next twenty years working for a variety of national and international A&E firms, successfully designing and constructing a wide variety of building types, including mixed-use, high-rise multifamily, office, hotel and retail facilities. He was the Design Principal for Chevy Chase Pavilion, an award-winning mixed-use project that was the largest rezoning project approved by the District at that time. He was also the Managing Principal for two GSA Design Excellence Federal coutrhouse projects and two of the State of Maryland’s “Magnificent Seven” higher education projects.  He also became involved with mixed-use projects as Principal-in-Charge for multiple award-winning multifamily residential projects in the Washington, DC area.

In 2007, Tom became Principal of the Advance Planning Group at Jacobs, working on programs for the civilian and military agencies of the Federal Government. While at Jacobs, he was Design Manager for two GSA Design Excellence projects for the Armed Forces Retirement Home in Gulfport, MS; and the new South Florida FBI Regional Office near Miami, FL. In addition, Tom was the Project Manager for the first expansion of Arlington National Cemetery for the US Army Corps of Engineers. Stalled for ten years, Tom and his team completed the project in 9 months, including approval from the US Commission of Fine Arts, the Virginia State Historic Officer, and the National Capital Planning Commission.

Through successful projects large and small, Tom has used well-developed communication skills mixed with passion and conviction to encourage involved participation by his clients to gain consensus and shared authorship.  At ADCS, he will be responsible for overall project management, design and business development for the practice, with a special focus on the Federal government and the Washington, DC metro area.

He is based in the ADCS office in Fairfax, Virginia. 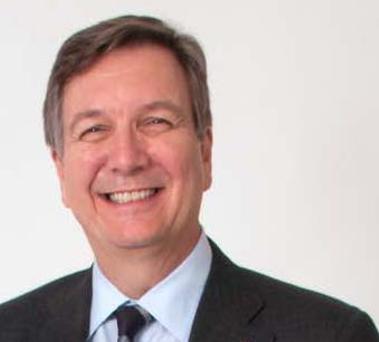